Site Registration | Find a Copy | Event Calendar | Site Map
May 18, 2021
The Voice of the Black Community

And still we rise... 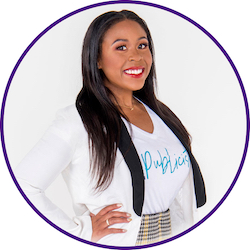 Pandemic has devastated Black women, but still we rise

As we commemorate the one-year anniversary of the worldwide pandemic, I cannot help but reflect on the impact of that year. What has this year looked like for people of color, our communities and our health? To date the United States has attributed over 530,000 deaths due to COVID-19, with an alarming disproportionate number of those deaths in our Black and brown communities.

Over 22 million jobs disappeared in a blink of an eye only for 12 million to be recovered. The alarming fact corporations hid is that as a group, only women lost jobs. For our sisters like Stacey Abrams, who often have to carry so much on their backs, black women were impacted more than any other demographic.

"This headline is hiding something from you. It wasn’t all women that lost jobs, it was mostly Black and Latina women. In fact, white women gained employment. Any response we have to this pandemic and economy has to also address structural inequality, wrote Sarah Godlewski, Wisconsin Treasurer, in a tweet regarding a link to a CNN article about the job losses among women on Jan. 9.

As Black women, Kamala Harris and I are both double minorities. I don’t know how she feels about it, but I can tell you that I have to always be on my best behavior. I know there will always be people who watch me closely – wondering if I’ll reveal myself to be undeserving of success or even existing.

As a Black female business owner, who comes from what some would call a background of status as the daughter of an NBA legend, I did not come out unscathed. Dealing with microaggressions from a past employer that included daily check-ins, micromanagement and replicated several women of color experiences in the corporate world. Not to mention the daily grind of being a woman in business in the South.

If this year has taught us nothing else, it is that you can be the perfect model minority and still succumb to the deep-seeded grasp of racism. But yet, Black women are still resilient and provide a glimpse of hope as they represent 42% of new women-owned businesses — three times their share of the female population — and 36% of all Black-owned employer businesses (Forbes).

Racism, unemployment, police brutality, a pandemic: it is no wonder mental health is declining at a rapid rate. Take one look at the health care system. It sums up the  experience that is shown in so many other facets of life for Black and brown people: the lack of access and lack of capital. Racism can affect your health. Stress that has been built up over generations and individual stresses that create stress hormones, including cortisol, which puts our people at risk for diabetes, obesity, heart disease and hypertension. Not to mention medical biases that have led to countless people of color receiving subpar medical treatment.

One case that continues to stick with me is Dr. Susan Moore, a black doctor who diagnosed herself with COVID-19 and who later died from inadequate care which she believed was connected to her race. The perception that Black people do not feel pain is unfathomable but a harsh truth for many practicing doctors.

What is our call to action and the call to action for our Caucasian counterparts? Open dialogue, uncomfortable conversations and getting involved in local politics. See your fellow neighbors as your brothers and sisters, beyond the color of their skin. I would love to get to a place where a Black or brown child is given the same hope and belief that they have more in store for their future than just a cell or coffin. We want the same things we’ve always wanted. Not to be better but to be seen as equals.

Brittney Bogues is an influential communications executive for public figures, entrepreneurs, corporations, and nonprofits . She is the owner of the Bogues Consulting Group in Charlotte. Visit her website at www.boguesgroup.com.

DOC: WALKING WHILE BLACK: L.O.V.E. Is The Answer

Should my child get the COVID-19 vaccine?